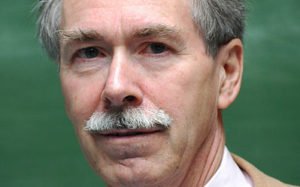 “Jeffrey was always surrounded by girls, always,” she continued. “And these weren’t normal girls. You could see it in our faces… We were damaged, we were medicated. How can you sit in front of a group of girls with Jeffrey and say ‘we just didn’t know it’? You had to know.” (…) “There were doctors and psychiatrists and gynecologist visits. There were dentists who whitened our teeth,” Giuffre said.She went on to describe how the medications were just another means for Epstein to control the girls, in addition to his wealth and influence. LEES HET HELE VERHAAL VIA MIAMI HERALD EN INFOWARS

“There was a doctor who gave me Xanax. What doctor in their right mind, who is supposed to protect their patients, gives girls and young women Xanax?” she added.