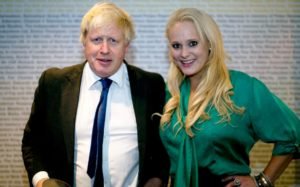 Fresh details have emerged about Boris Johnson’s close relationship with the American ex-model and entrepreneur Jennifer Arcuri as the prime minister faces an unprecedented police investigation into the scandal. The Sunday Times has been told Arcuri confided to four friends that she was engaged in a sexual affair with Johnson while he was mayor of London. David Enrich, now the finance editor of The New York Times, says he was told of an alleged sexual relationship between the pair by two of the entrepreneur’s friends when he was working for another newspaper; his account corroborates that of other sources who spoke to Arcuri. Johnson has repeatedly dodged questions about the close friendship but has denied impropriety following revelations in this newspaper last weekend that he…